By now you've surely heard about or even demo'd a copy of NI's latest  offering: Kontakt, the software sampler. focusing on the high  expectations and unique features, NI's team of audio sleuths revelead a  product which is tastefully designed for efficiency, modulation of  sounds and integration within other hosts.

we managed to get a hold of the ever-busy Julian Ringel, one of the programmers behind Kontakt to get the 411.

How would you describe KONTAKT?

KONTAKT is the sampler a lot of people have dreamt of for a long time.  Many people were involved in the creation, the NI crew with all its  ideas and desires as well as musicians and producers from outside of the  company. It incorporates a lot of experience with samplers, but also  synthesizers of all kinds. KONTAKT is a solid sampler workhorse crossed  with a full-blown sound-design engine. You can simply play back samples  or shred and rebuild them to form something new.

Why did you get into doing what you do?

At a certain point in my life i got into electronic sound. That turned
me into a tech junkie. I was looking for a machine that could cope with  my way of working and thinking. At some point I discovered GENERATOR  (the father of Reaktor). GENERATOR promised to let me work as I desired.  So I went NATIVE. In the beginning I spent a lot of time designing  instruments for REAKTOR.
what does it feel like when you hear about famous artists using your software?

Depends on the artist.

In general we are proud when we hear of musicians we know that they  really like our stuff and/or use it in certain productions or  live-shows. It is definetely a big motivation! But I would also like to  stress out that not famous artists using and liking our software is  gratifying as well.

What is the longest you've spent working on a single product?

KONTAKT was the longest so far, it took over a year to plan and develop.

What keeps you motivated?

The kind responses of people using KONTAKT keep me motivated. Its  amazing how many mails we get from happy people. This makes it fun to  keep going. We also have the ambition to create really unique software,  which keeps surprising people.

Do you also make music?

I have too little time to really create anything substantial. I end up  writing down new ideas and things to improve. Then, on the other hand,  creating software is a little bit like making music - at least we see it  like this here at NI. You are not the front man of the band, but a  little bit like the technician with the gaffer tape

What are you looking forward to the most (in life/your work)?

Work-wise I would like to start new exciting projects. Privately I would  like to have more time to make music, travel, or run the Boston  marathon.

do you consciously consider that you are creating a tool that some  musician might use on their latest track? is this exciting? scary?

Yes, I do consider the actual people that will work with with our  software. This makes it even more callenging - have you ever experienced  producers or musicians that want to work, but their gear doesn't? In  this case we try to save the musician. We talked to many musicians  before we wrote the software to learn from their needs.

What sorts of things do you think that most people DON'T appreciate or understand about making a music program like KONTAKT?

A sampler is a universal tool that has to suit the needs of many  different people, but some people really want it their way. Some people  do not see how difficult it is to produce high-quality software. On the  surface KONTAKT might look "simple" but inside it is very complex. By  now KONTAKT consists of 156.200 lines of code.

What things in electronic music do you really enjoy?

The freedom to play and create new stuff.
what are you working on now?

The MAC version of KONTAKT and ... emmm ... sorry, but I cannot tell you right now.

What do you dislike about audio electronic music software these
days?

Often I find that the development of software stops too early -- before  the software is complete. Also i often miss the live capabilities of  instruments. The missing link between the physical world and the  software still needs to be tackled.

Do you feel that you have succeeded in doing what you originally set out to do?

Yes, although we could not include everthing we wanted in the first version.

Do you feel any pressure to make your products a certain way because of what buyers want or other companies are doing?

To a certain degree, yes. For example: before doing KONTAKT we had to  consider whether or not we would be able to deliver a sampler people  would expect from NATIVE INSTRUMENTS. We knew that the expectations for a  NATIVE sampler would be extremely high.

We create inspired musical instruments that work. We go all the way and do not stop before we feel its right.

What are some ideas, programs, functions that you'd really like to see in audio software from another company?

I would really like to see an open, cross-platform interface for plugins  that take the VST idea to new heights. An interface that is real-time  midi, audio and video.

Is there anything you'd like to say to your electronic music making audience?

Don't stop where you are, seek new ground ... Create new and exciting  music ... Don't forget the audience ... Get a hand driven instrument in  case of a power surge ;) Wolfgang wrote KONTAKT not me... 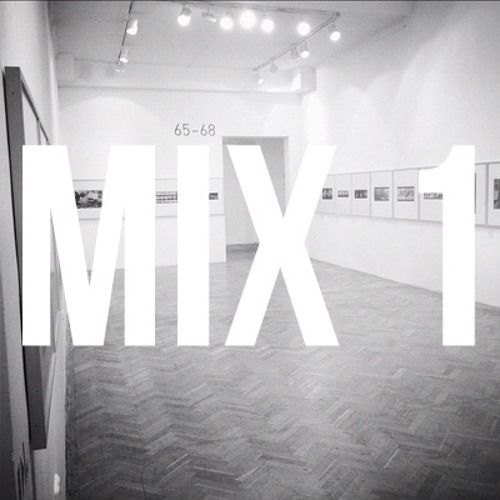