People who know my music have likely heard the story that I recorded the vocals for one of my albums using headphones plugged into the mic jack. You could thus be forgiven for bestowing too much weight on my opinion.

The story is true. But in the years between that album and today I have owned a number of mics. After myriad attempts at connectivity issues, I gave up on trying to wrangle everyone's beloved Shure SM57.

My go to for a number of years has been the Zoom H2n. It's a compact, battery-powered recorder that has multiple uses. I've been doing a fair bit of video recording with OBS Studio for work. The H2n was functional, but a bit unwieldy due to issues with batteries dying mid-session. Often, I'd get frustrated at realizing I'd left it on for hours by accident, depleting the batteries. It did the trick, but it wasn't the perfect fit.

Despite somehow managing to put out a number of releases, remixes, and tour here and there, I am not the most technically minded producer. Instead, I choose to spend my time on just enjoying sound and mastering the few tools I do have.

Fed up, I had a look around to see what else was available and really liked the look of Rode's NT-USB. Were it not for the price, I'd probably already have one, despite cheaper offerings like the Blue Yeti.

Another trait I will humbly own up to is that I am quite shallow, valuing aesthetics over functionality. In my frank opinion, the Blue Yeti looks like uninspiring garbage. The NT-USB being slightly out of my price range, I held out.

To my joy, Rode released a smaller, less expensive version of the NT-USB called the NT-USB Mini.

It's a thing of beauty! Look at the clean, rectangular shape. The single dial. And, not much else!

I could not tell you a single thing about the specs, not one thing! But what I can tell you is that it works. It always works, and it sounds incredible. My recordings are clean and devoid of background noise. The weight is perfect, the construction is solid. There's even metal!

It was my go to on a recent project I did for Squarp's Rample modular synth module. I use it constantly in OBS, Ableton Live, etc etc. There have been no battery issues because it's always on and instantly available. Absent are any driver issues in Windows or any of the tools I use.

I never have to think about it. It is always there, and always, just, works.

Best of all, even more than all of the above, it looks stellar. I am not a Youtuber so I'm not angling for beauty points (but if you are, pay attention!). Nor does it feature in carefully curated photos on my Instagram. But I see it every day, and that is enough for me to choose it above others. 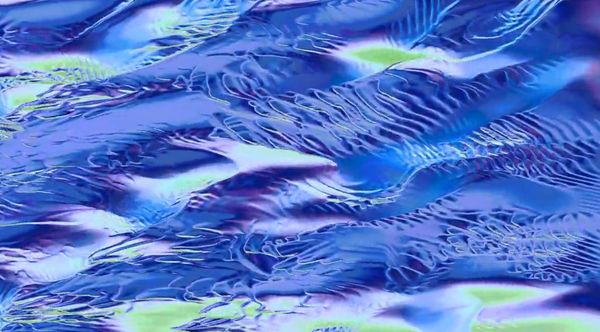 DeForrest Brown, Jr. released an album called Black Nationalist Sonic Weaponry on Planet Mu. It's a Death Star sized robo-Kaiju adorned with hi hats and power. But instead of pulverizing